Chico and I spent a couple hours at the new house (which needs a name, and we’re working on that) on Monday while a local crew trimmed some branches overhanging the roof and driveway, took out a couple dead or dying trees, and trimmed low brush. 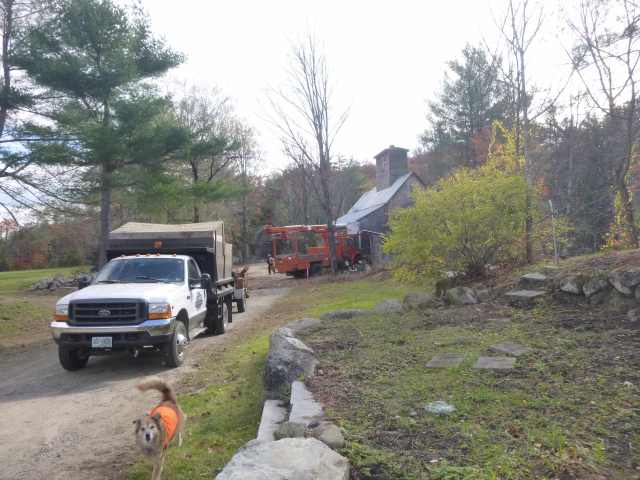 When we got there, the guys were already at work.

Here’s Jason, working on the limbs of a pine tree that was over hanging the roof and blocking view.

And you can also see what happens when low bushes are managed. There’s quite a view of the river.

We walked around looking at things on the property, like other places to clean up, and came across this giant, old, dangerous as heck to use, industrial boiler I forgot I owned. I wonder what I’ll do what that?

Chico, unimpressed, is chewing an apple that he slithered deep into the underbrush for. He’s under a very sad little apple tree and found what must be one of under five apples it was able to make this year.

I wanted to get some pictures of the tree work because I am impressed with that sort of skill.

I took this out the window while Jason was up in the rock maple right by the house.

I noticed afterwards that Chico must have spent the whole time behind me, far from noisy saws and falling limbs  – he’s not in any of the shots.But he would come inside with me to get some “before” shots of the house.

Here’s a little panorama of the wide open downstairs.

The kitchen will move to the corner the shot was taken from. I think. 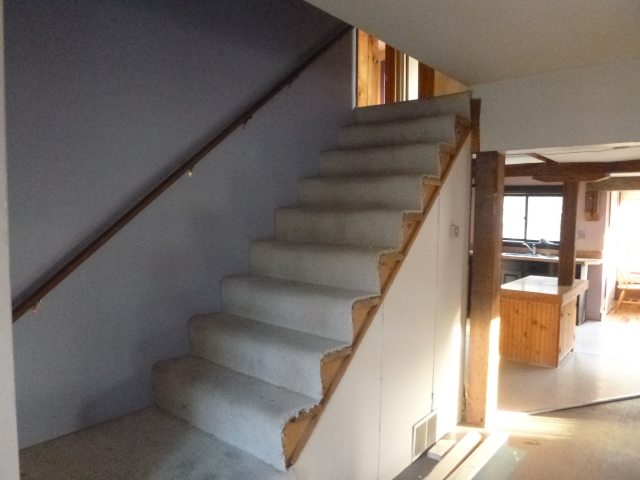 The stairs will move to the other side of the house.

There’s a great view of the river from the bedroom. And that wood paneling – it is made from the wood that was the grain bins when this was a granary in the early twentieth century.

“Are you done up there?”

The outside, after the work: 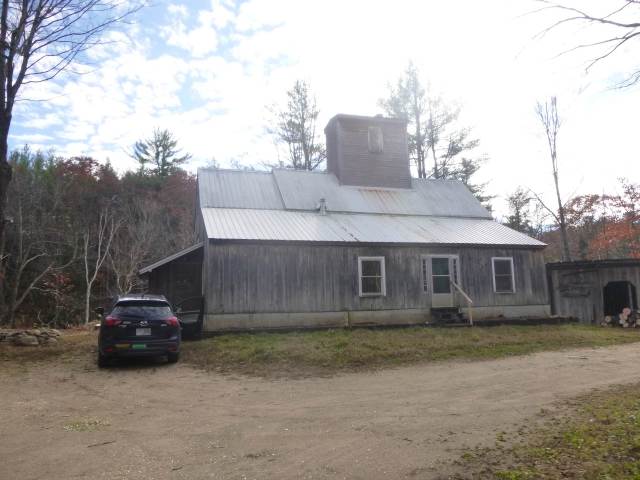 And here’s Chico, approving of the improved access to the river: 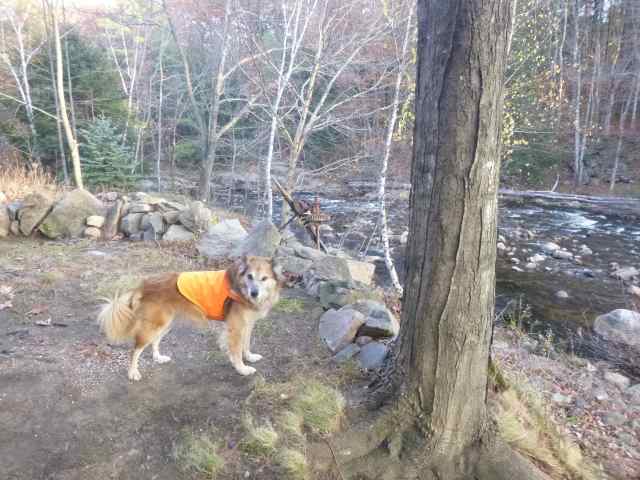 The mill here was once a water powered and you can see some of the works behind Chico. Cool, huh? I feel that we’re going to be very happy here once the house is fixed up and we move in.

This entry was posted in Uncategorized and tagged Bartlett Mill house, tree trimming. Bookmark the permalink.