On Tuesday morning I took Chico for a walk and he was crazed for fresh grass. Not the clipped stuff on the lawns, no, he was looking for the fresh, raw stuff around the edges and in untended areas.

He was quite intent on finding what he was looking for. 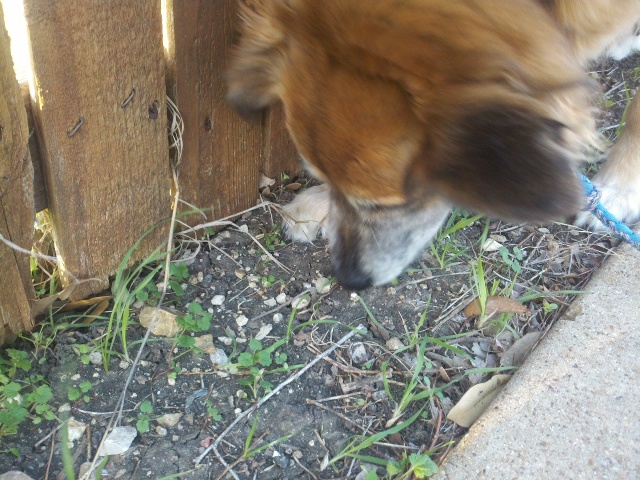 It was like watching a horse look for tasty blades of grass in a pasture. 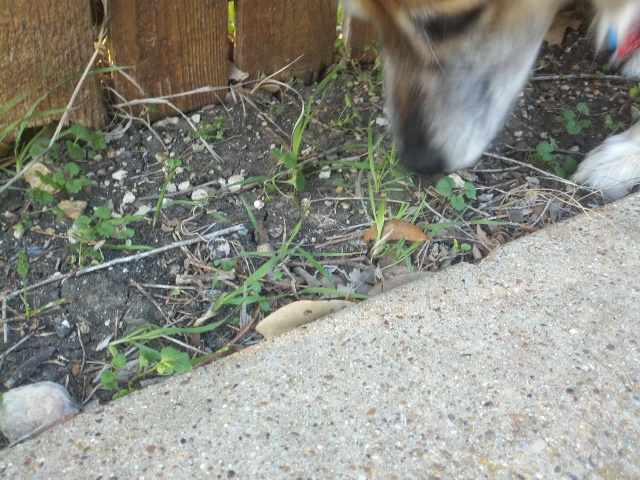 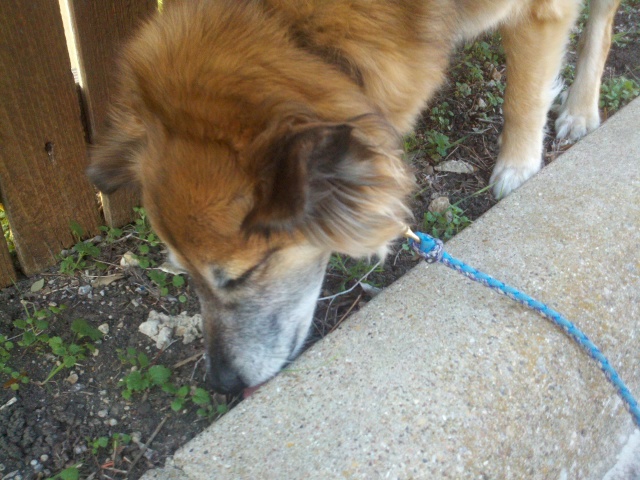 When he found the right stuff, he ate it all down.

But his paw seemed fine, leading me to think it’s a sprain or strain and a few days of limited activity ought to clear it up.

When I left Plano, I was headed for Roswell, New Mexico. The distance was a good day’s drive, I’m mildly curious to know what it’s like there, and it’s pretty much straight west of where I started. Around noon, I had a chat with my brother who advised me to detour to Palo Duro Canyon, near Amarillo. “It’s Texas’ answer to the Grand Canyon, maybe the state’s best kept secret,” he said. OK, that’s good enough for me.

I made my way to US 287 and took that north and west for most of the afternoon, arriving at the gate to the park at 5:55. They close at 6. “Oh,” I said. “You’re about to close.” “Yes,” the ranger said. “Are you staying with us tonight?” Oh my. I knew I hauled the camping gear along for moments like this. So, for $17 I got a campsite and admission for my car. And two Milk Bone biscuits for the dog.

It’s a spectacular place. My pictures can’t begin to capture what we saw, but maybe they’ll be enough to get you to add it to your list of places to go.

There were a few fords to cross on the way.

I was all alone in a small campground deep in the canyon with 45 minutes of daylight to set up camp, which, thanks to some tent-setting-practice I did in John & Mary’s basement before I left, was no problem.

We woke to a beautiful sunrise and frost on the tent.

After breakfast (so that’s why I took that package of instant grits from the motel in Plano), we went for a couple little walks. 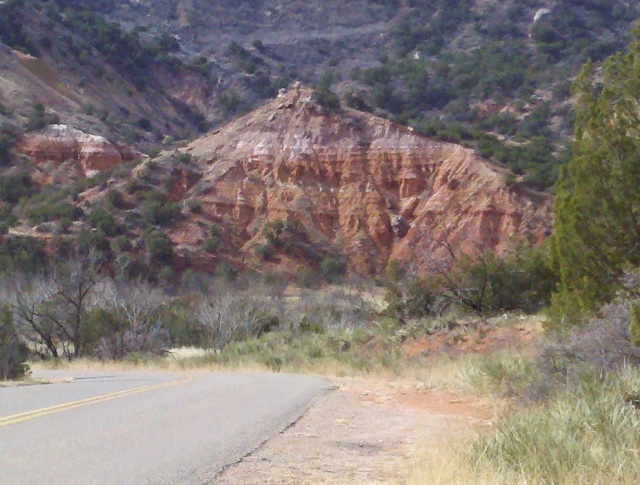 The different layers of sedimentary rock are so colorful.

Around noon, we headed out, taking the farm to market roads of Texas to I 40. 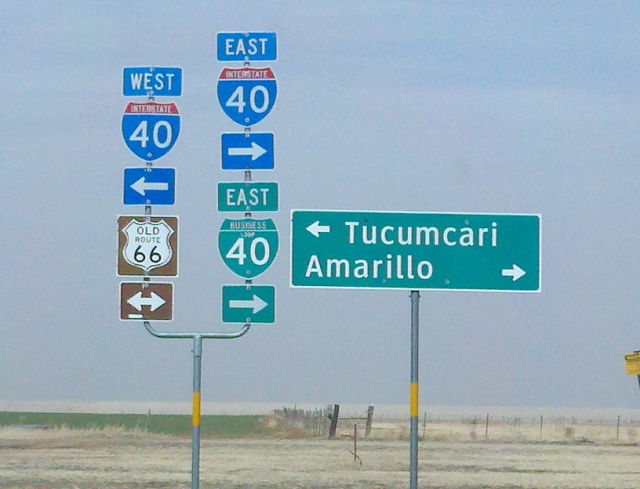 From Tucumcari, we took a small road that lead to 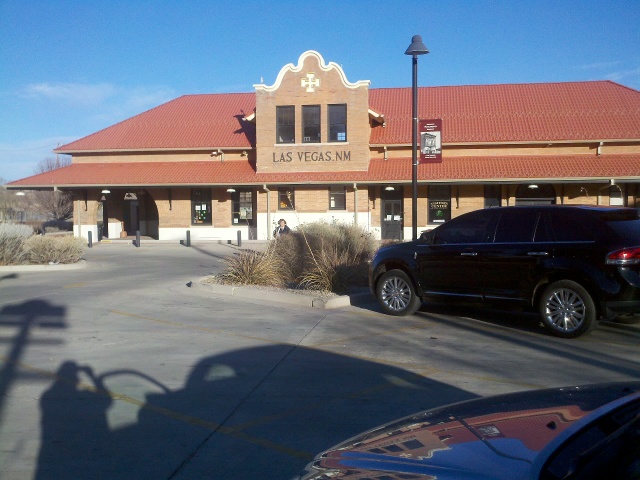 This is where Doc Holiday practiced medicine. There are some undeveloped hot springs outside of town, so I grabbed my swim suit and went on up there. The folks I met were locals, and very happy to share the spot with me and Chico.

New Mex food for dinner (a burrito isn’t what I thought it would be) and a good night’s sleep at the best Super 8 Motel I’ve seen yet.

The plan is to explore here this morning, then go on to Santa Fe and maybe Espanola, before heading back south and west. But plans are only a starting point.