Posted on November 6, 2013 by annieriecken

It’s complicated, but my travels in Turkey didn’t quite work out the way they were planned and I ended up spending some days in Amsterdam. One of those days was a Saturday, and I went with Christina and Bags to dog class.

Bags and her sister are rescue dogs. This is Bags.

Class is in a parking lot, 10 minutes walk from the end of the tram line. 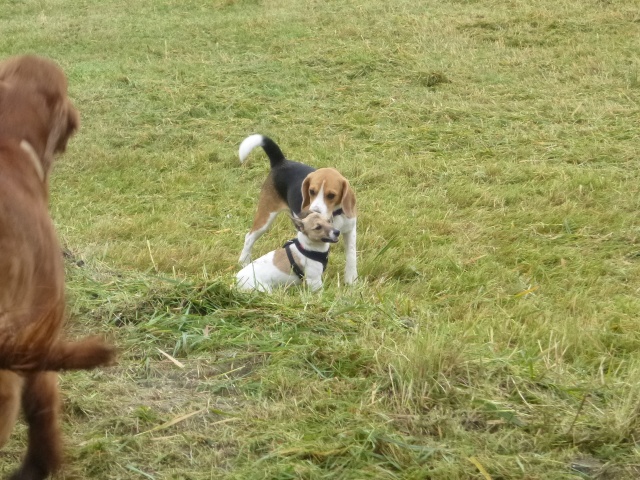 The dogs can play together before things get started. 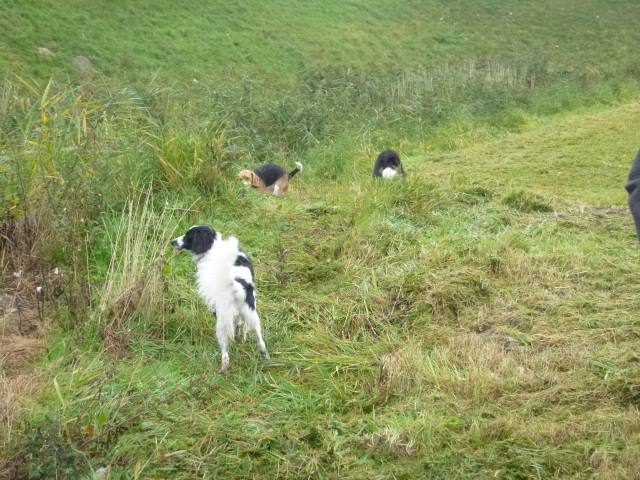 The first exercise was a group sit. 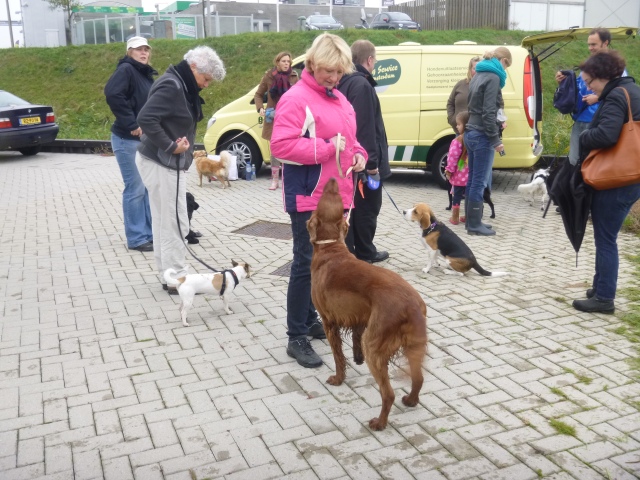 It took a minute to get all the dogs on the same page. 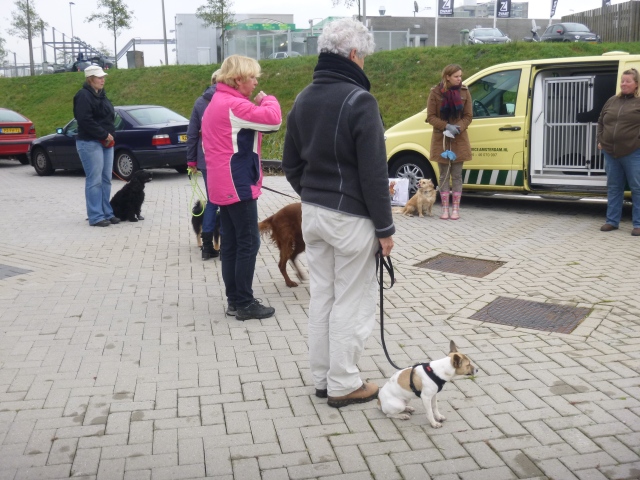 But they got there.

She’s saying that the next exercise will be loose-leash walking.

And so they tried it. This little spaniel had a very hard time, and her owner might have done better juggling leash and treats if he’d taken off his day-pack (just my two cents). 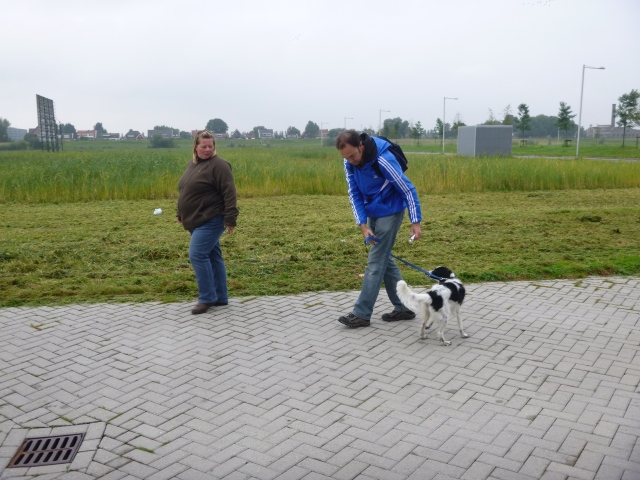 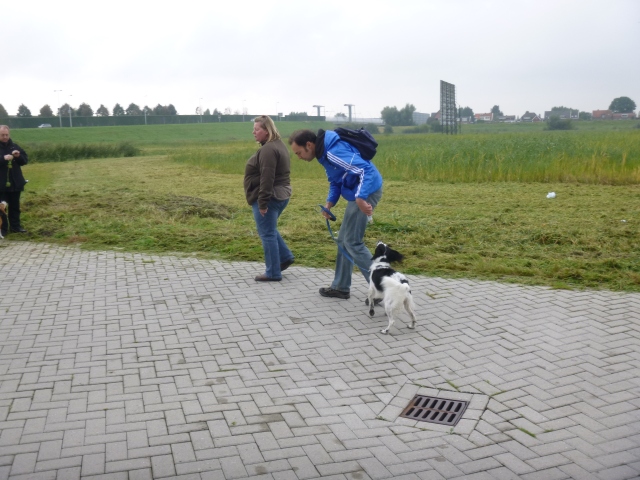 It was a rowdy group of dogs, including one who was trying to learn not to bark (incessantly, relentlessly, and non-stop if he was within 20 feet of another dog), with loving owners and a gentle teacher. They use rewards instead of punishment, though not clickers. I liked it.

And I did get an update on Chico while I was in Amsterdam. Julie said: “Chico is accustomed to going to American K9 Country on Wednesdays, and he shows off and demos in Foundation classes.”

This entry was posted in Uncategorized and tagged Amsterdam, dog class, positive reinforcement. Bookmark the permalink.