Jackman Pond and a big step

Posted on November 2, 2014 by annieriecken

There’s a nice walk that circles Jackman Pond. It’s longer than a short walk, shorter than a long walk, close to home, and underused by me and almost everyone else (as far as I can tell, only once have I met another walker). Last Thursday it was time to make that walk again. 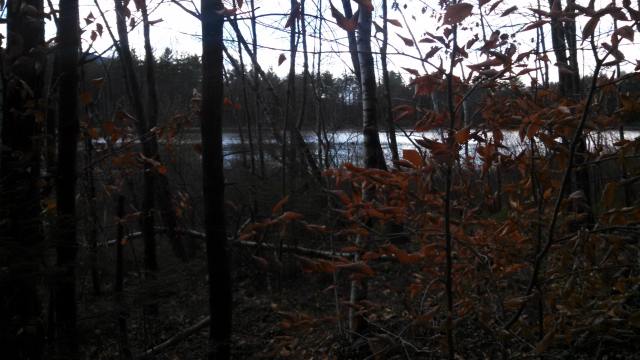 I admit, it’s a bit hard to see details, maybe you can get a sense of the day, and the distance from the pond a somewhat marshy shoreline imposes on the path.

Chico hadn’t been there in weeks, there was tons of new information for his nose. 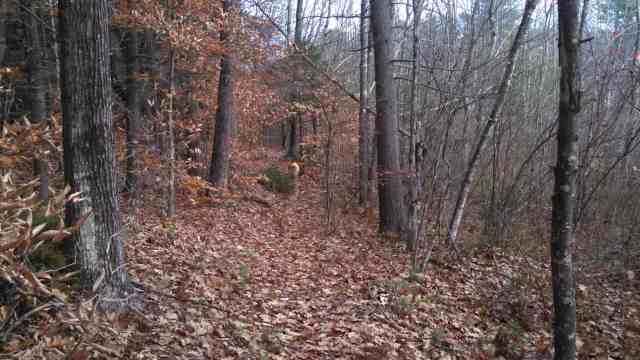 Chico’s tail is the light buff comma in the center of that picture. He’s just the color of the woods this time of year.

There’s a lot of pleasure in returning to the same walk over the years, through the seasons. On this outing I noticed a rotting conifer (Pine? Hemlock?) that had previously escaped my eye. The bark is intact, the stubs of some branches are still in place, but the softer core wood has rotted. 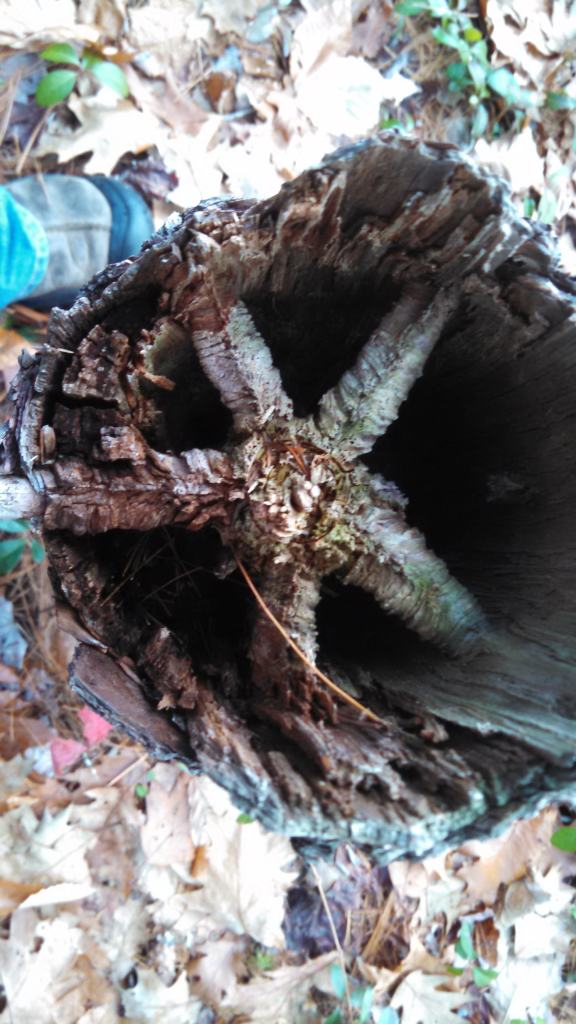 Looking down from the top of the stump.

By this point “What,” you are saying to yourself, “is the big step she talked about in the title?” Last week, on two occasions, right in the middle of Tamworth Village, Chico went up to someone and let them pet him. In the beginning of our relationship, Chico’s reaction to a stranger was to walk toward them barking furiously. Out of desperation, I created a trick called “go say hi” for which Chico could earn a treat. All he had to do was quietly go over to the person and come back to me and he got paid. He developed the habit of going up to people, lightly touching them with his nose, and running back to me for cookies. Much better than the behavior it replaced, but – really – still pretty standoffish and big-fat-chicken behavior. The other day my neighbor was in conversation on the street in town, and Chico went up to her and let her pet him. She pointed out that it was the very first time he’d let her do that. And later that morning, he did the same thing with a man we hardly know. A man who wears a scary-scary beard. Beards are scary, I can’t tell you why, but they are. Just ask Chico.