A passle of English Sheps

Posted on November 5, 2016 by annieriecken 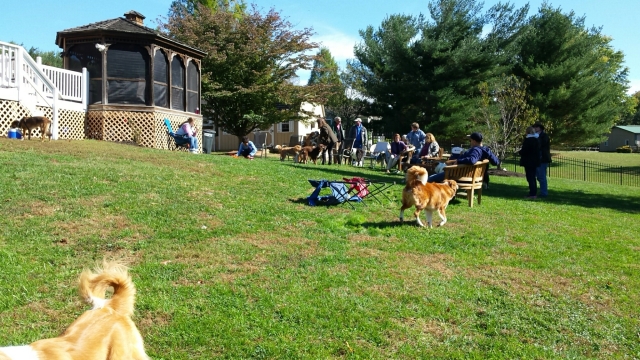 Longer ago than I like to admit, almost three weeks now, the dogs and I went to Maryland for a gathering of English Shepherds and their people.

Maybe forty dogs in a large fenced yard. Potluck lunch. Chatting. An auction to benefit the national rescue organization that sent Bonney to me. 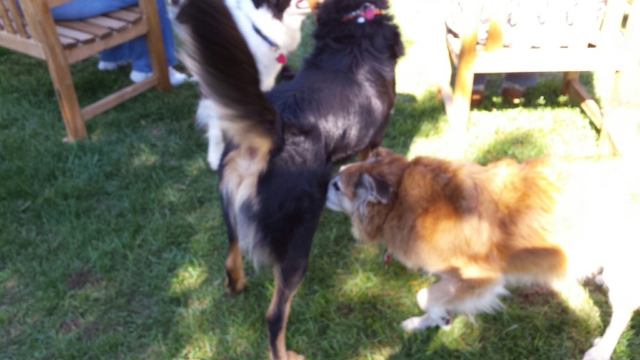 Chico did just wonderfully. He was able to mix at the edges of small groups. 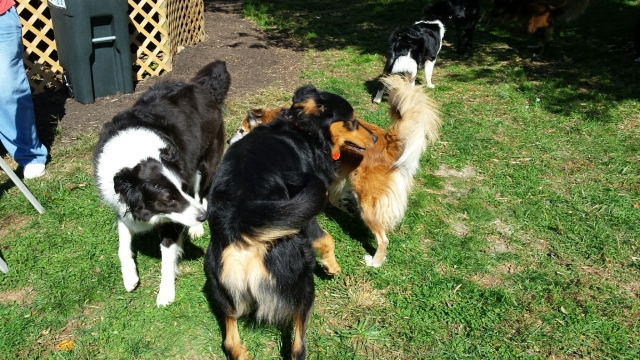 Bonney was everywhere,  trying to get a party started. 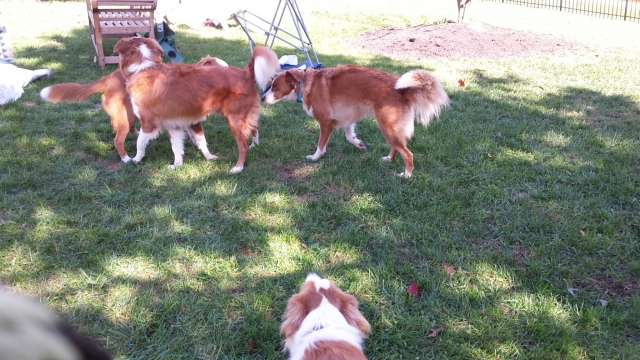 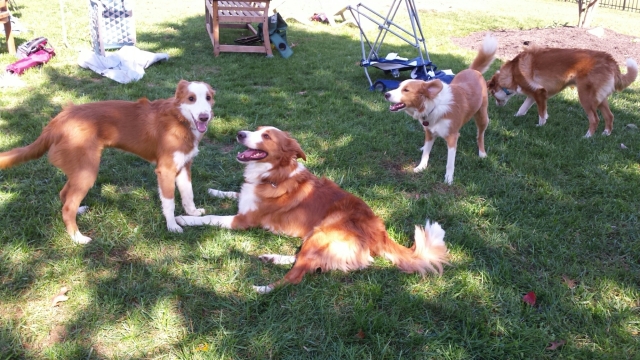 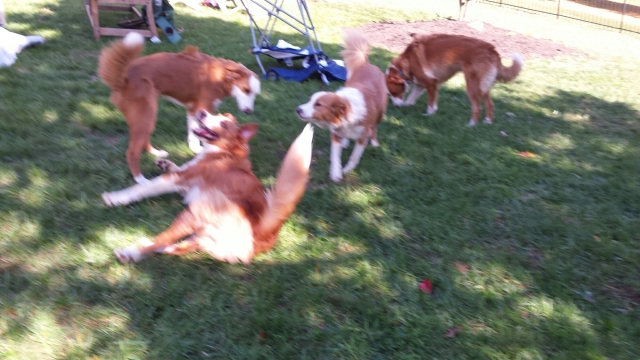 Bonney’s coloring is called clear sable, and is -they said- fairly rare. Well it wasn’t rare at this gathering. I believe there were eight dogs in her basic model. 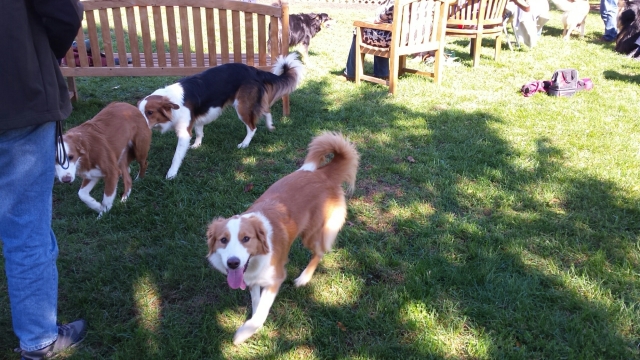 I saw my sister and  my niece,   the dogs got to practice staying in a hotel, we saw Katy and Ben; all in all it was 1500 miles well spent in the car.

1 Response to A passle of English Sheps