Chico goes to Canada, part one

The plan was to meet my friend Mila and her sister Christina at a campground in Algonquin (Ontario) Provincial Park on a Sunday afternoon. Mapping suggested it was 11 to 12 hours driving time, so I decided Chico and I would make it a two day trip. It seemed like a good idea to break the drive at a bit over six hours in Cornwall, Ontario, on the St Lawrence River, just over the border. I looked on line and found a motel located off the commercial strip. The Monte Carlo Motel looked like a great place. Sixty dollars a night, pet friendly, away from the hustle and bustle – what’s not to like?

Driving across Vermont, I found a soft serve place selling soft ice cream sweetened/flavored with real maple syrup. They call ’em a “maple creamee.” I had a small and Chico had a kiddie size. By six PM we were at the border. While Chico barked, I leaned out the window so I could hear the questions I was asked. Among them was, “When was the last time you were in Canada?” “Oh, a very long time ago, maybe ten years ago.” “Yes,” he said, “I see. You’ve had this passport since 2009 and you haven’t signed it.”

And that was it. He didn’t want to see Chico’s rabies certificate, nor did he question the ingredients in Chico’s food. In fact, he didn’t even ask if I *had* dog food with me. So we headed off, looking for the motel. After getting some help from a nice couple waking their yellow lab, we found it quite easily.

The Monte Carlo is far from fancy, but the room was clean, they were genuinely dog friendly, and the location is just great for walking a dog – the walking path along the river is just across the street and they have a dock into the river where you can sit and have a look around. 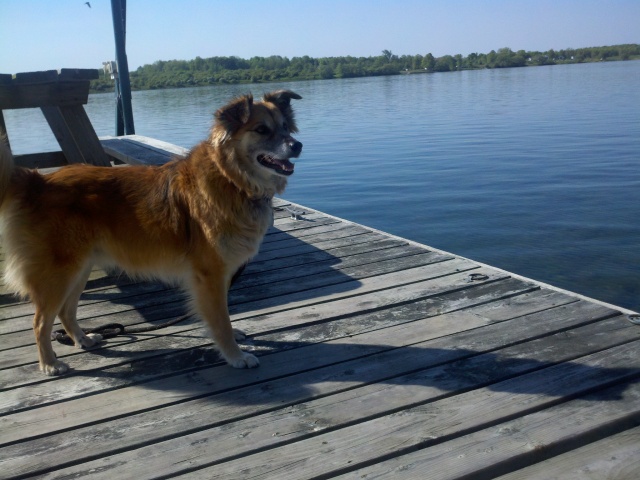 After a good night’s sleep, we had a little walk, some breakfast and headed out towards the meeting spot – a campsite in a campground at Algonquin Provincial Park. 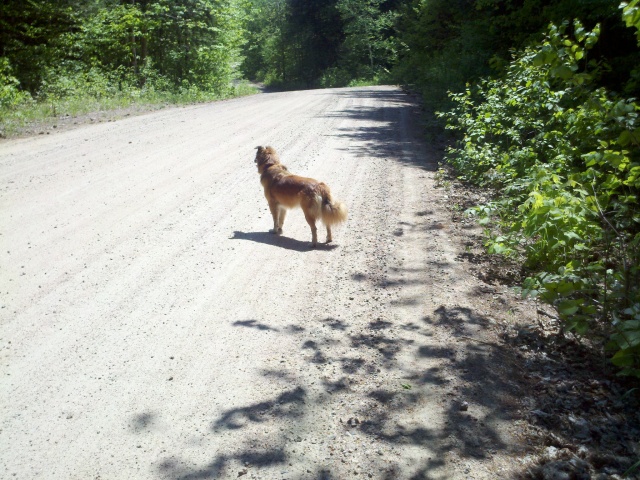 It was a quiet place, with dirt roads just like the ones at home.

The white Trillium were at their peak, the red ones were fading. 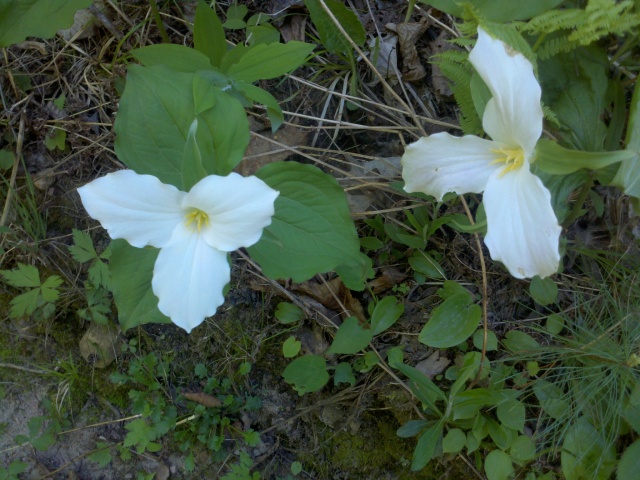 This entry was posted in Uncategorized and tagged Field Trip, Ontario Canada, travel with dog, Trillium. Bookmark the permalink.