My friend Sandra and her family live in Marin County, north of San Francisco. The family includes a rescue dog, presumed to be mostly Tibetan Terrier, named Pepper. He and Chico, on the whole, get along well. In fact, you could say they are friends. 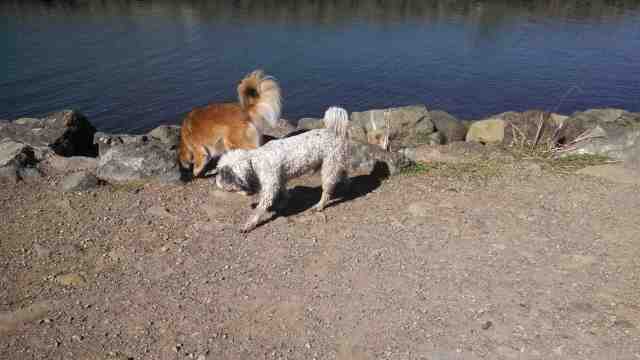 We stayed at Sandra’s for a very short time, and packed in a lot of action. The first afternoon, we took the dogs to a local playing field where many dogs go off-leash and both had a very good time. The humans ate Thai food for lunch (yum), Dungeness crab for dinner (yum again), and did some catching up.

The next day, we took a trip to the East Bay, to Point Isabel Regional Shoreline park where dogs can run free on twenty-three acres of shoreline (old landfill?). 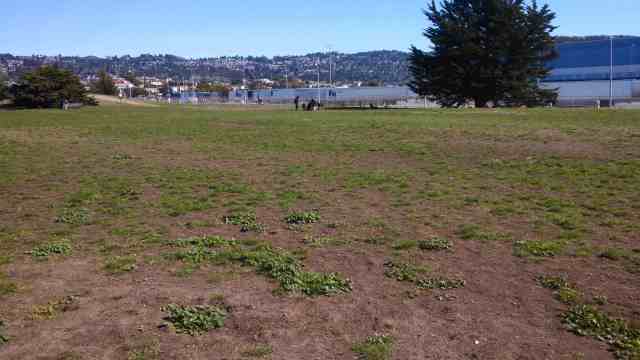 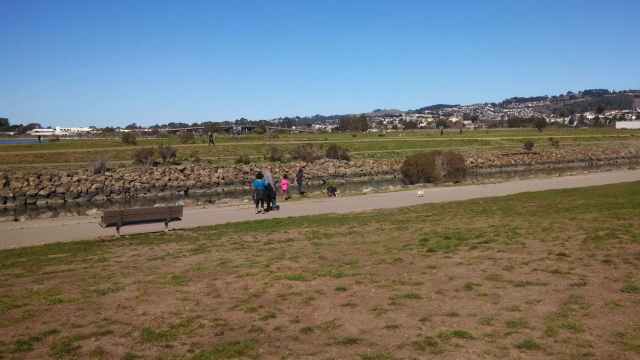 it was a beautiful day.

The dogs started by checkin’ it out: 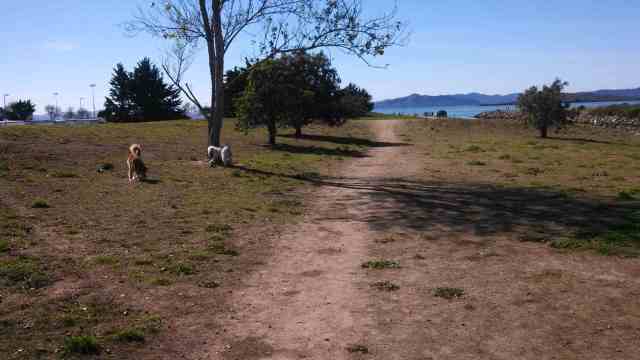 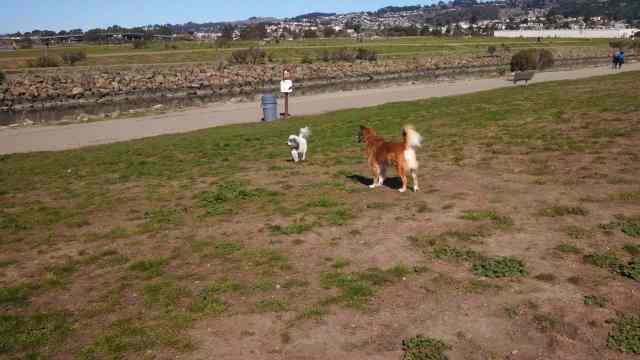 Pretty soon they sort of pulled together. 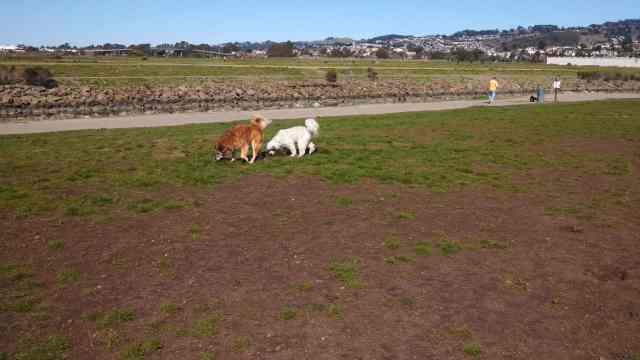 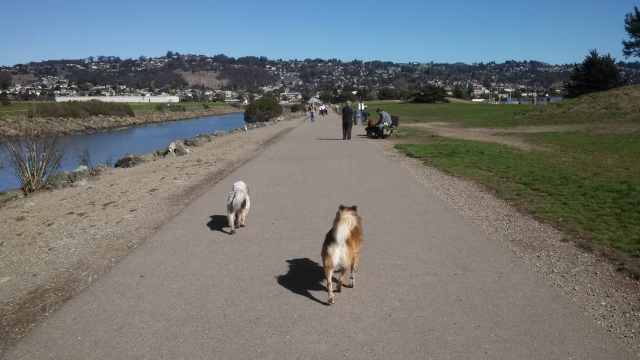 And started to cruise through the park like happy little siblings. 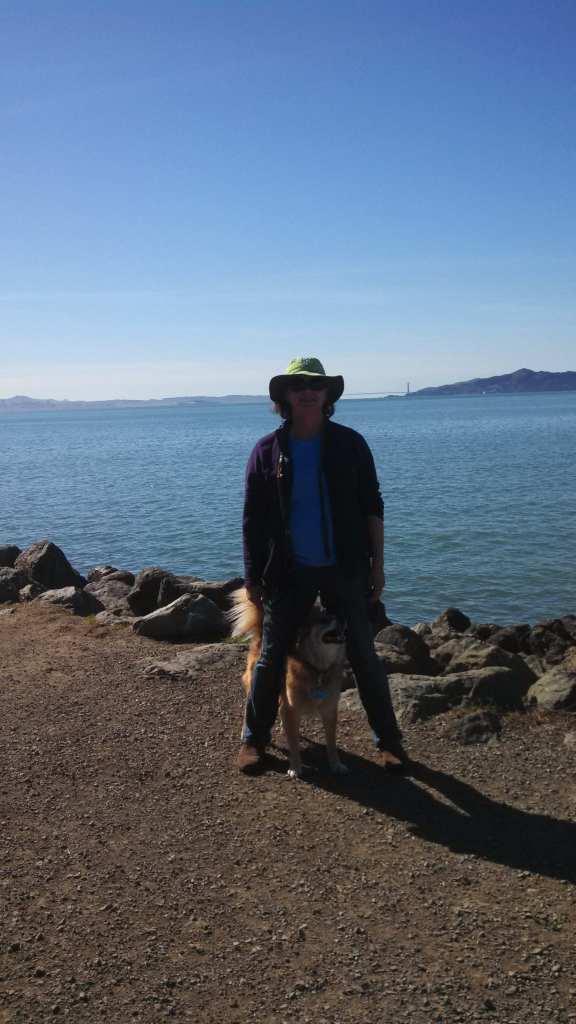 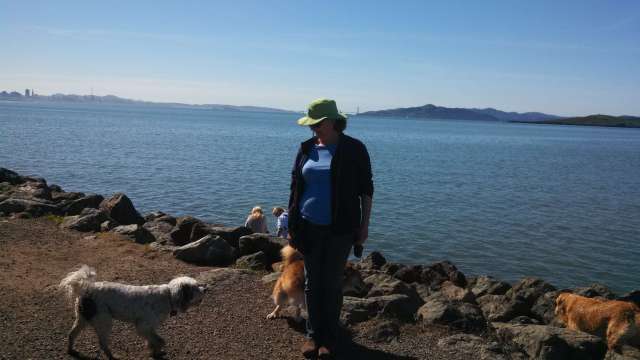 Chico has his eye on that Golden Retriever, not on the view. 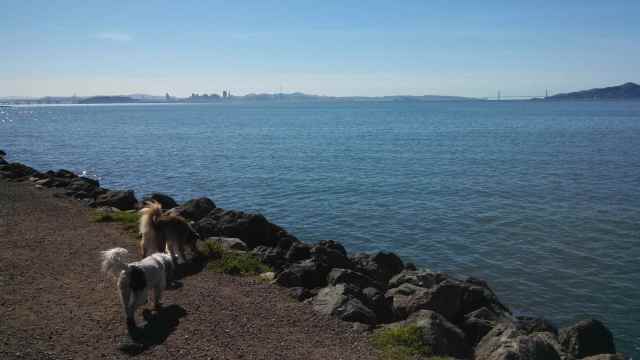 The views were too good, the day too nice, not to share all the touristic pictures. The Bay Bridge is on the left, the Golden Gate Bridge on the right, the city of San Francisco in the middle.

We lost track of Pepper a couple times, and each time he was in the water. Doing this: 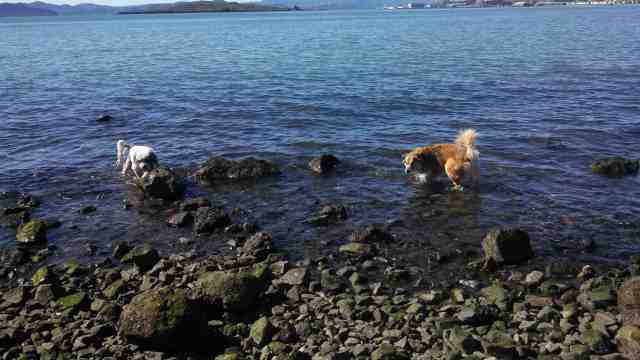 We met a very nice Lab cross named Wilma. She was clearly getting her outing during her person’s lunch hour (I base this on the suit coat over the gentleman’s shoulder and his sparkling-white, immaculately pressed shirt). Wilma came and sat with us by the shore (after her swim) and played treats by turn with Chico and Pepper. It was very sweet – she was obviously interested in the cookies, but looked over her shoulder at her person to get permission before accepting one.

It was a great walk, followed by lunch on a patio (dogs welcome), a second visit to Point Isabelle (so nice, we did it twice), and a spectacular sunset in Point Richmond on the way home. 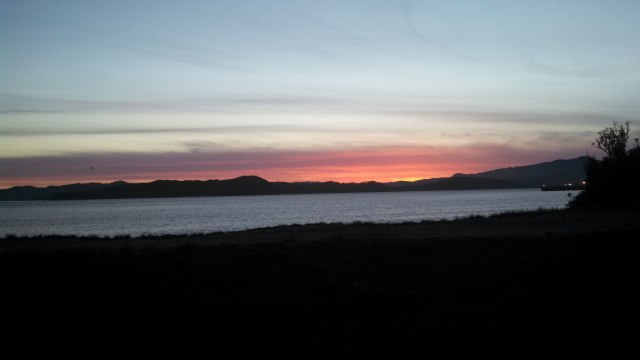 The next morning, I was doing some tricks training with Chico and it was quite clear that Pepper wanted to play too. So we went out on the deck and played treats by turn. 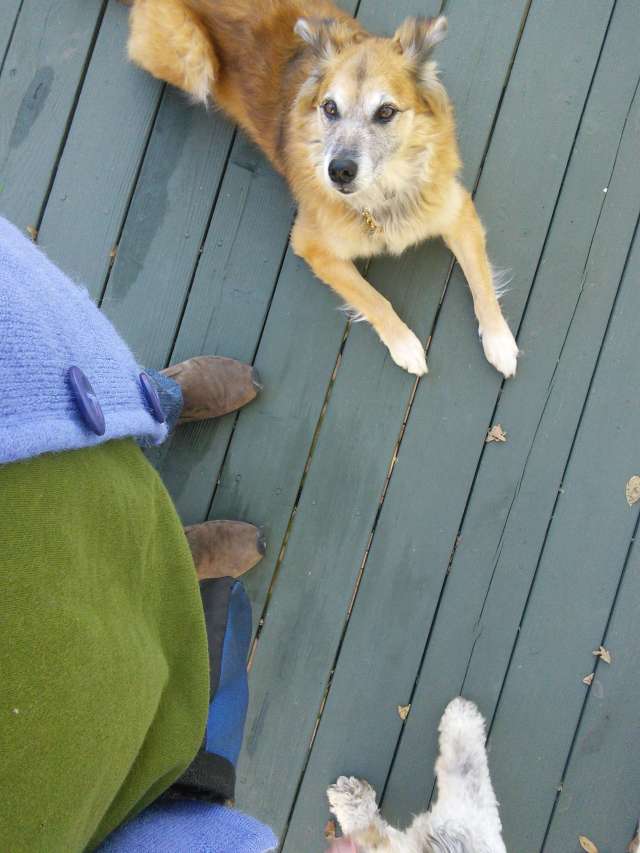 This is the beginning. There’s Pepper’s front end; the dogs are pretty far apart, and I am quite close to both of them.

In their desire to get closer to me and the cookies, the dogs inched closer together. 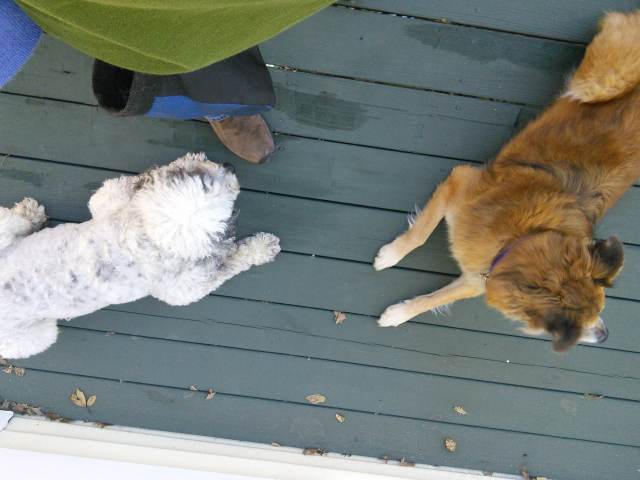 Chico just heard something next door.

I took a step away. 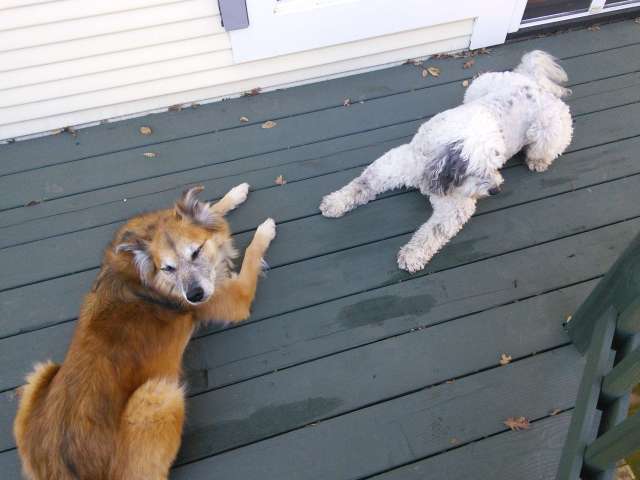 The dogs managed themselves with classic avoidance postures.

I took another step back. 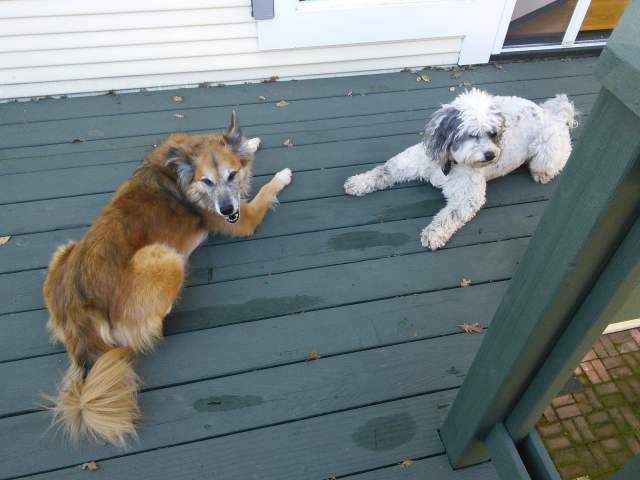 Could they do a better job of not looking at each other? I think not. Chico was starting to pant (showing stress) so I quick stepped in and gave each of them lots of treats and praise and ended the session.

Pepper doesn’t have much patience, so he was practicing waiting his turn; Chico was practicing being close to me and food and another dog all at one time. I’d rate their performance a success, and it was fun to try training two dogs at once.

1 Response to Fun with Pepper